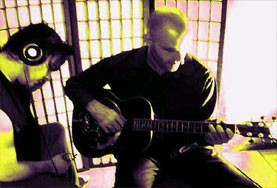 The Vindictives were a Chicago-based punk rock underground group during the 1990s. They were peers with Screeching Weasel and other bands from the era, they were also heavily-influenced by the Ramones. Joey Vindicitive's characteristic nasal melodies often told the story of alienation, psychosis, social-ills, and continually rejected rules of politeness. Intertwined with sweet intricate contrasting harmonies it made for an interesting balance. Also the band mixed metal, rock blues and early punk rock roots so as to make their own hybrid sound that would influence bands to come such as Green Day, Blink 182 amongst others. The lyrics were often intelligent outrages communicated through intentionally immature self-defeating soliloquies.

They began their career in 1991, cutting their first 7" record later that year with the lineup of Joey Vindictive (vocals), Johnny Personality (bass), Ben Weasel (guitar) (soon to be replaced by Billy Blastoff), Dr. Bob (guitar), and Erik Elsewhere (soon to be replaced by P.J. Parti) (drums). The band would end up releasing 12 EPs and albums until July 1996, when Joey Vindictive revealed that his health issues would prevent the band from going on.

Guitarist Robert "Dr. Bob" Nielson died of a heroin overdose on February 22, 2003. After Dr. Bob's death, The Vindictives released a pair of records containing material previously unavailable on CD and two new re-recordings; Muzak for Robots which was recorded and performed by Billy Blastoff solely with instrumental versions of their songs and Unplugged with acoustic versions.

The Vindictives released their first new material in 13 years on December 4th, 2012, with an EP titled "mono-flexi EP" on Sexy Baby Records.

The Vindictives "Have a Very VINDICTIVE Christmas EP"

The Vindictives "The Invisible Man" T-Shirt

The Vindictives "Control Me" T-Shirt

The Vindictives "The Invisible Man" Koozie