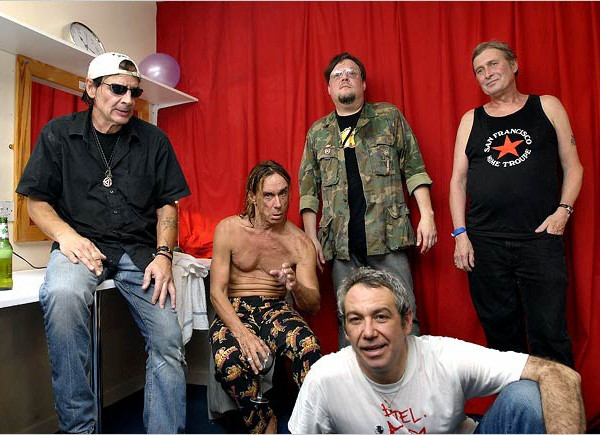 Iggy and the Stooges are an American rock band formed in Ann Arbor, Michigan in 1967 by singer Iggy Pop, guitarist Ron Asheton, drummer Scott Asheton, and bassist Dave Alexander. Initially playing a raw, primitive style of rock and roll, the band sold few records in their original incarnation and gained a reputation for their confrontational performances, which often involved acts of self-mutilation by Iggy Pop.

After releasing two albums—The Stooges (1969) and Fun House (1970)—the group disbanded briefly, and reformed with a slightly altered lineup (with Ron Asheton replacing Dave Alexander on bass and James Williamson taking up guitar) to release a third album, Raw Power (1973), before breaking up again in 1974. The band reunited in 2003 and played their last shows in 2013. The Stooges formally announced their breakup in 2016 due to the deaths of Scott Asheton and saxophonist Steve Mackay. Ron Asheton participated in the reunion until his death in 2009.

The Stooges are widely regarded as a seminal proto-punk act. The band was inducted into the Rock and Roll Hall of Fame in 2010. In 2004, Rolling Stone ranked them 78th on their list of the 100 greatest artists of all time. In 2007 they were awarded the Mojo Lifetime Achievement award at the Mojo Awards. 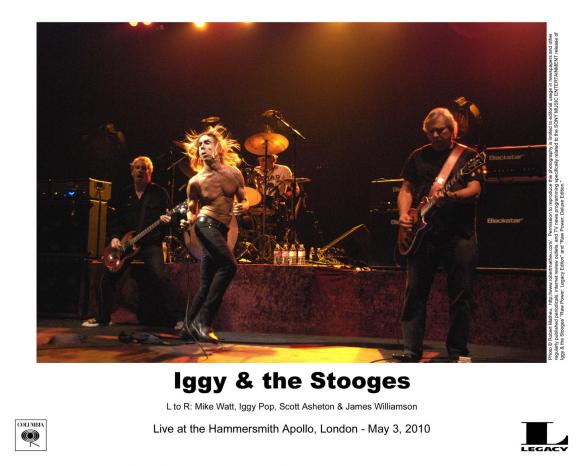 Iggy & The Stooges "I Wanna Be Your Dog"

IGGY & THE STOOGES "I Wanna Be Your Dog" Out Now!

IGGY & THE STOOGES "I Wanna Be Your Dog" Pre-Order