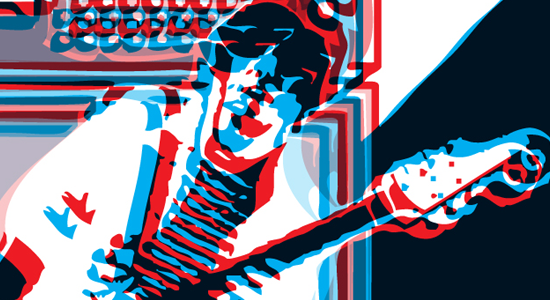 Adam Widener had spent a considerable amount of time playing in a variety of punk and garage bands through the years starting with The Jet Set and then eventually taking a multitude of roles in bands like Plexi 3, The Zygoteens, and most currently, Bare Wires. It was after his tenure with Bare Wires that he decided to strike out on his own and make the music that he liked and wanted to hear. "I had a ton of songs and demos under my belt, but no real outlet for them. All the other bands I've been in, I've always played the 'back up guy'. So there wasn't much room for my contribution." After moving to the Bay Area from the Midwest in the summer of 2010, Adam began putting his songs on tape.

"I had been writing a lot of stuff, but it wasn't until I started recording them did the prospect of releasing a record come into play. It was all pretty spontaneous. Hell, more than half this record was recorded in a Los Angeles motel room. After Zabby and Big Action stepped in, everything fell into place. I'm not making these records for anyone but myself. It's not meant to be taken very seriously. I mean, isn't that what punk rock is?

Adam Widener "Cola Kids Hanging Out in the Bubble Dome" 7"