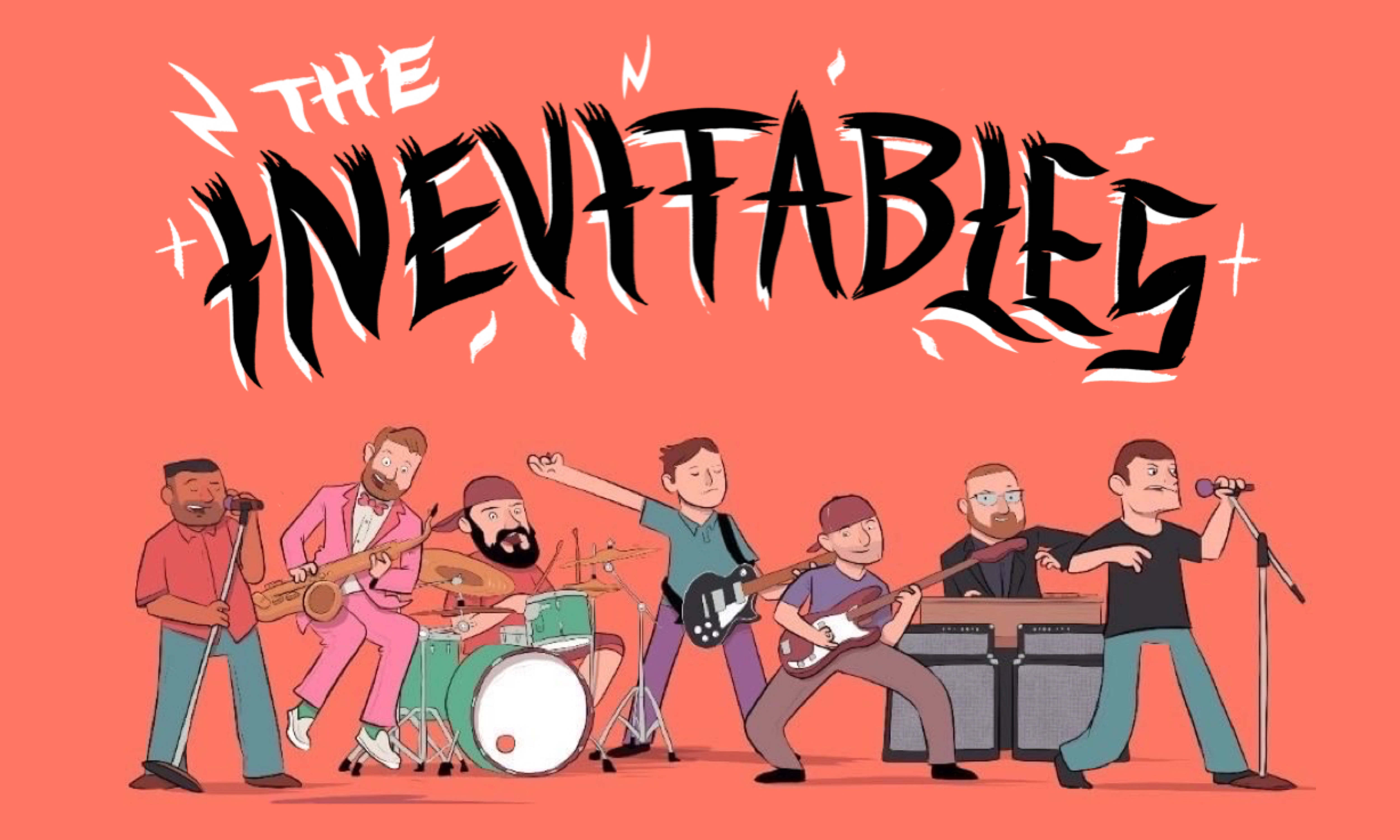 Former and current members of Less Than Jake, the Interrupters, Reel Big Fish and more team up for a comic book/LP project about streetwise superheroes.

The Inevitables "Self Titled" Sticker

The Inevitables "Self Titled" Slipmat